In recent years, beloved Huzoor has delivered Friday Sermons about the  the Battle of Badr. That was an epic day in the history of Islam, when the Holy Prophetsa and a small army of companions put their very lives on the line. They defended their faith from an attack that threatened to wipe out both the Muslims – and Islam itself – from the face of the Earth.

Now, Tahir Magazine humbly presents the incredible story of the Battle of Badr. 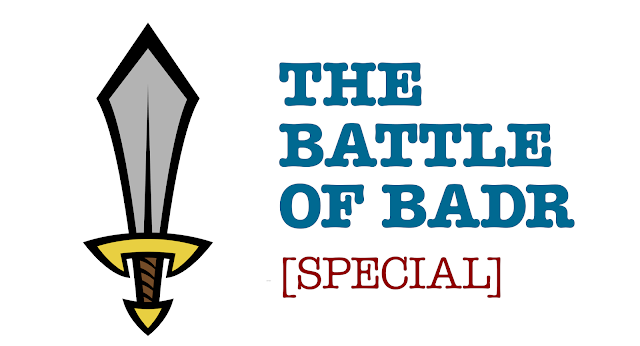 Abdullah bin Ubayy ibn Salul had received a most dangerous letter. It was written by the people of Mecca and addressed to him, a leader of Medina. The letter said:

“Now that you have admitted our enemy in your home, we swear by God and declare that we, the people of Mecca, will join in an attack on Medina unless you, the people of Medina, agree to turn him out of Medina or give him a joint fight. When we attack Medina, we will put to the sword all able-bodied men and enslave all women.”

Who was the ‘enemy’ mentioned in this letter? What had he done to inspire such bloodthirsty rage among the Meccans? Which crime could deserve their promise to kill all the men in Medina and take all the women as slaves?
The answer is none other than the Holy Prophet Muhammadsa. His so-called ‘crime’ was only to be a Messenger of Allah. He had invited his home city of Mecca to Islam for thirteen years. In return, the Meccans had mocked him, persecuted him, tortured and killed his followers, who were called ‘Muslims’.
As if that wasn’t enough, the Meccans boycotted the Muslims, refusing to sell them food and almost starving them to death. Finally, they had decided to murder the Holy Prophetsa himself, only to see him miraculously escape to another city, Medina.
Having forced the Muslims to leave their city, you might think the idol-worshipers of Mecca would now rest and leave their victims in peace. Instead, they sent the above letter and promised a deadly and murderous war.

The Holy Prophetsa could not allow the innocent and peaceful Muslims to be wiped out. So he began to prepare for the defence of Medina. He would give people missions to travel from the city and report back on the activities of the Meccans. In this way, he ensured the Meccans could not launch a surprise attack.

One day, the Holy Prophetsa came to know that a large Meccan army was marching towards Medina. So, he raised his own Muslim force and set off to stop the Meccans. The Muslims were fewer in number and their weapons were meagre, but nobody could doubt their bravery when they answered the call of their Prophet:

“We now stand by you, whatever you ask us to do… If we must fight, we will and we will fight to the right of you, to the left of you, in front of you and behind you. True, the enemy wants to get at you. But we assure you that he will not do so, without stepping over our dead bodies.”

It wasn’t only the grown-ups who showed this brave desire to serve Islam. Children came along and tried to join the army. The Holy Prophetsa would send them back, to keep them safe. One boy called Umairra heard youngsters were being sent back, so he hid. However, he must have been found and the Holy Prophetsa ordered him to return. Umairra began to weep. On seeing his emotions, the Holy Prophetsa allowed him to remain with the army.

The Holy Prophet was a very fair and kind person. Even though he was the leader of the Muslims, because there weren’t enough camels or horses, he took turns to walk on the long journey. His loving companions begged him to ride, but he would just say: “I am as much able to walk as you, nor am I less eager than any of you in attaining spiritual reward. Why then should I not take my turn?”

Finally, the Muslims arrived at a place called Badr, where they came face-to-face with the Meccans. One companion suggested the army should set up camp by a water spring, so they could have easy access to water. The Holy Prophetsa accepted this suggestion.

It so happened that some thirsty Meccan soldiers approached the spring, to ask for water. Some Muslims thought it better not to share. After all, these were the very people that had set out to kill the Muslims and, anyhow, there was only limited water in the spring. But the Holy Prophet

sa was so kind and so generous and so merciful that even in these circumstances he instructed the Meccans be allowed to drink.
That night, the Muslims went to sleep – all except the Holy Prophetsa. The entire night, he prayed in his tent to Allah, weeping for His Help in the dangerous battle that lay ahead. In the morning, all the Muslims offered Fajr behind him. Then, he gave a speech and began to organise the Muslim formation.
Now the Muslims faced the mighty Meccan army – deadly opponents. The Meccans had brought 1,000 men, compared to just a little over 300 Muslims. The Meccans were well armed, while only a few Muslims had the proper armour. Almost all of the Meccans could ride into battle if they pleased, as they had brought 700 camels and 100 horses. The Muslims had only 70 camels and two horses between them.

The Muslims knew they faced death and one companion even said: “There is no telling whether I shall live to return.”

The battle began with individual combat. Three Meccans advanced. The Holy Prophetsa ordered his uncle Hazrat Hamzahra, his nephew Hazrat Alira and another relative, Hazrat ‘Ubaidahra to meet them.

The battle for the very future of Islam had begun.

Hazrat Hamzahra and Hazrat Alira were soon blessed with victories in their contests, but Hazrat ‘Ubaidahra suffered an injury and later passed away due to his wounds.

“If the disbelievers launch a sudden attack, repel them with your arrows first. But use your arrows wisely, so that you do not empty your quivers uselessly. Take out your swords, only when the two armies meet.”

Even while the Meccans had set out to ruthlessly murder all of the Muslims and their families, the Holy Prophetsa was so peaceful and so kind and so loving that he was still trying to save their lives. So he ordered the Muslims:

“There are some people among the [Meccan] army who have not come to participate in this campaign with pleasure; rather, they have only come along under the pressure of the chieftains… Similarly, there are also such people in this army, who in our time of hardship, dealt with us generously when we were in Mecca. It is our obligation to repay their benevolence. As such, if a Muslim subdues any such individual, he should not cause him any harm.”

A full battle broke out. The Muslims defended bravely, but the powerful Meccan force seemed indestructible and the outcome remained in the balance.

The Muslims in Danger

Picture the scene. A furious battle is raging. The Meccan army is larger and better equiped. And the very future of Islam is at stake.

In these moments, the Holy Prophetsa was continuously praying, weeping deeply. With increasing agony and extreme anguish he begged Allah the Almighty:

“O My Master! If today, this party of Muslims is destroyed in the field of battle, there shall remain none who would worship You on the face of this earth.”

After a long time, the Holy Prophetsa rose from his sajdah prostration. He looked around the bloody battlefield. He took up a handful of sand and pebbles and threw it at the disbelievers, saying: ‘May their faces be ruined!’

As Holy Prophetsa threw just a few pebbles, a tremendous miracle took place. The Holy Quran describes it as follows:

Thou threwest not when thou didst throw, but it was Allah Who threw, that He might overthrow the disbelievers and that He might confer on the believers a great favour from Himself. (8.17)

At the exact moment the pebbles flew into the air, a mighty gust of wind suddenly arose. It created a storm of dust, rushing towards the Meccan army. Sand filled the disbeliever’s eyes, mouths and noses. Some of the Muslims even saw visions of angels coming to their help.

The Holy Prophetsa now commanded his followers to launch a sudden attack. The whole army instantly obeyed his command – and the youth were just as passionate to serve Islam as their elders. ‘Abdur-Rahman bin ‘Auf narrates:

“When the war fully commenced, I looked to my right and left, but found two youngsters…to both sides. Upon seeing them, my heart sank, because in such wars, the outcome of battle greatly depends on the companions to the right and left. Only such a person can fight effectively, whose sides are secure.

I was still in this state of mind, when one of the two boys inquired of me in a whisper, as if to keep it secret from the other, ‘O Uncle! Where is that Abū Jahl who would give grief to the Holy Prophetsa in Mecca? I have made an oath with God that I shall either kill him, or die trying.” I had not yet responded when the other also whispered the same inquiry. Upon witnessing their courage, I was stunned, because Abū Jahl was the General of the army, and he was surrounded by veteran warriors. I pointed to him saying, “That is Abū Jahl.”

I had only to make an indication, when both children sprung forward like hawks and cutting through the enemy ranks reached there in an instant. They executed an assault so swiftly, that Abū Jahl and his comrades were left dumbstruck, and Abū Jahl was mixed to dust.”

Abu Jahl had been one of the most merciless chiefs in the persecution of Muslims. Now, he fell in the very battle he himself had started. He wasn’t the only one. The Meccan chiefs and their soldiers fell one by one, until seventy had been killed. By then, Allah the Almighty had granted the overjoyed Muslims victory and their enemies fled.

There had been martyrdoms on the Muslim side; among the fourteen who sacrificed their lives in the Battle of Badr was Hazrat Umairra, the sincere boy who had gained special permission to join the army. What a brave servant of Islam he had proven to be, at such a young age!

Today, by the Grace of Allah Almighty, we live in the UK in a time of peace. We are in a country where we can safely practice our religion and we are not required to risk our lives or defend our religion in battle.

However, we can follow the example of the young companions of the Holy Prophetsa by coming to the forefront in serving our faith. We can set the best example at our schools, join events at our mosque and participate in the activities of Khuddam-ul- Ahmadiyya. Each year, the Khuddam clean their local streets, plant trees to improve the environment and raise money for charities such as the British Legion on Remembrance Day. And, during the current crisis, we can set the very best examples in our homes, offering our daily prayers and being obedient to our parents and kind to our family. These are some excellent ways in which we too can serve our faith.
May Allah the Almighty bless the companions of the Holy Prophetsa and allow us to follow in their blessed footsteps.
Tahir Magazine Team
03rd April 2020 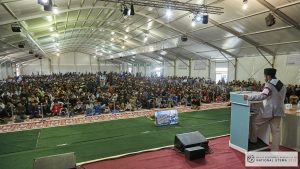 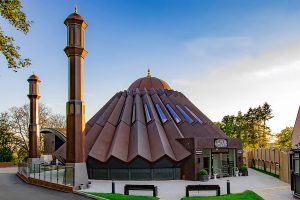 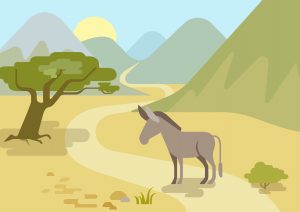